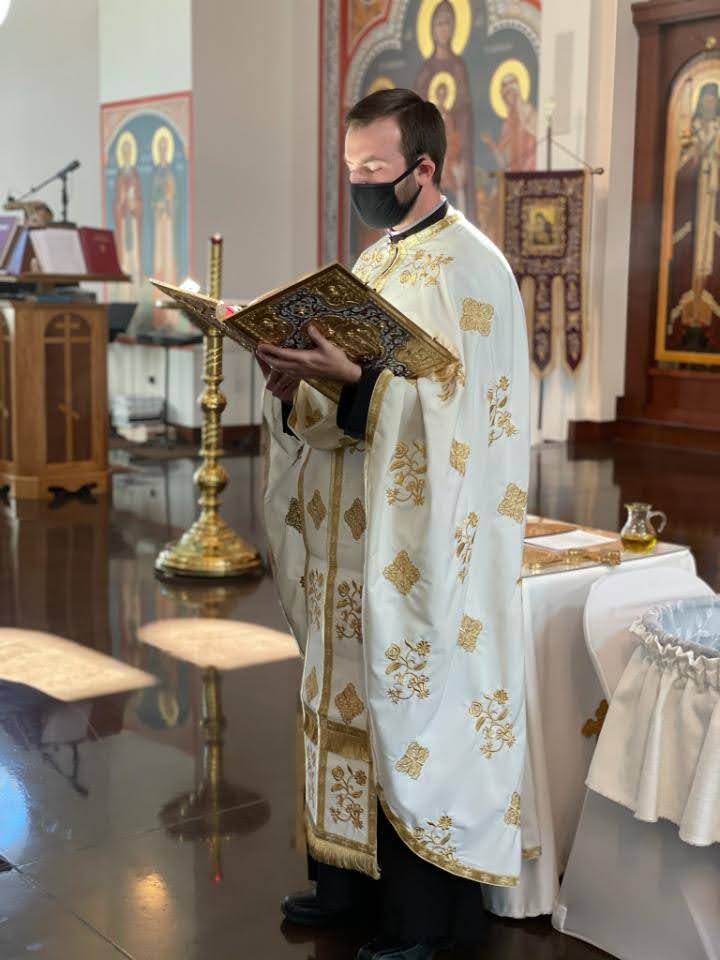 In 2012, Fr. Philip received his Master of Divinity Degree (with Highest Distinction) from Holy Cross. Mat. Sarah also holds two theology degrees from Holy Cross (a THM and a MTS).

After Seminary, Father and Matushka served the parish of St. George in South Glens Falls, New York for 5 years before moving to Tennessee in August of 2017. They have one daughter and one son.